Our work on the Melbourne Metro Tunnel – Rail Infrastructure Alliance

The RIA is tasked with completing a works package that includes building the tunnel entrances at Kensington and South Yarra, as well as a new platform at West Footscray. The works also include associated suburban rail upgrades that will maximise the benefits of the Metro Tunnel by providing more services for all passengers. This includes reconfiguration and realignment of existing tracks, and modification of existing rail infrastructure such as signalling and overhead line equipment to accommodate metro trains.

Eastern Plant Hire have committed trucks and earthmoving equipment to the project. Thanks to our extensive network of subcontractor drivers we are able to keep up with the demands of the various RIA construction sites and help keep the work on time and on budget. Over the past few years, we have committed to many of the major infrastructure projects in Melbourne not only because we have the capacity to handle the workloads but also because we believe in the positive effects these projects will have on Melbourne and Victoria.

Once complete the Metro Tunnel will create capacity on the train network to enable more than a half a million additional passengers per week across the city to use the rail system during peak periods. The project is expected to be completed in 2025 and will provide a direct connection between the Cranbourne and Sunbury lines, as well as a direct connection between Melbourne Central and Flinders Street Stations. Adding to that the construction period will also see around 1000 people employed on the RIA package, including almost 100 apprentices, trainees and engineering cadets. 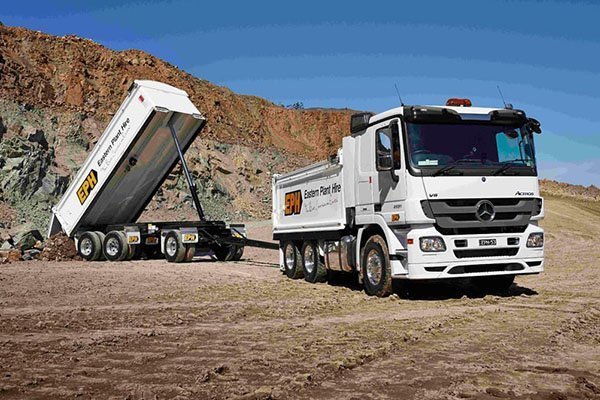