Our work on the West Gate Tunnel

Since its start in 2018 Eastern Plant Hire has been busy moving rock and soil from the West Gate Tunnel project in Western Melbourne. The project is estimated to cost around $5.5 billion dollars with its completion date set in 2022. The West Gate Tunnel is expected to take 9,000 trucks off residential streets thanks to a 24/7 truck ban on local streets once the tunnel is open. The project has been in the works since 2014, with various hold-ups related to funding slowing it down, however, it is now up and running 24/7.

The West Gate Tunnel Project includes building four more lanes on the West Gate Freeway, twin tunnels under Yarraville and a new bridge over the Maribyrnong River that will link to an elevated road above Footscray Road. All of this will contribute to making the inner west less congested and provide more direct routes for trucks and cars trying to get to Melbourne’s north. The project is part of a larger suite of projects including the Monash Freeway Upgrade and Webb Dock Access Improvements.

Eastern Plant Hire has been actively assisting the West Gate Tunnel Project with their materials cartage and earthmoving machine hire. Because we have a massive fleet of trucks and a network of subcontractors we are easily able to supply materials 24 hours 7 days a week on the West Gate Tunnel Project. With the tunnel boring machines estimated to pump out 1.5 million cubic metres of rock and debris over the project period, a steady supply of trucks is needed to keep things running on time.

During construction, the tunnel project will create over 6,000 new jobs. Once the West Gate Tunnel works are complete it will cut up to 20 minutes of travel times, make travel more reliable and create a more efficient route to the Port of Melbourne. The project also will provide 14km of new and upgraded walking and cycling paths for a continuous journey from Werribee to the city, promoting greener commuting options. 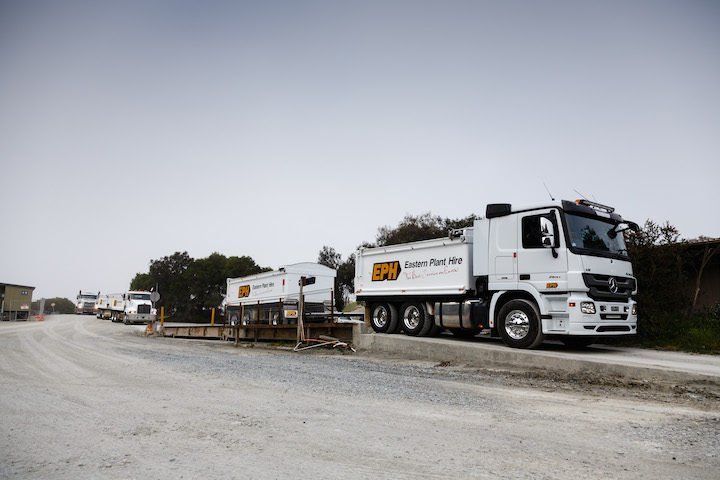