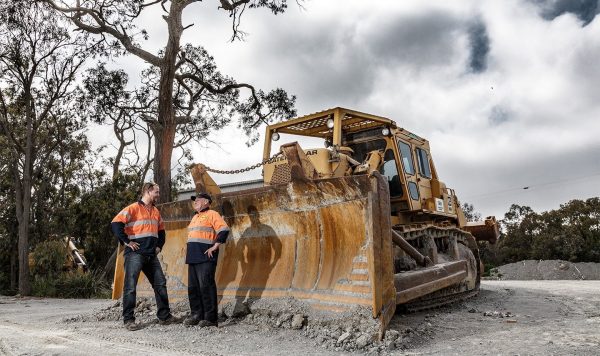 The top 10 types of heavy equipment used in the construction, mining and agricultural industries

While most heavy equipment has been around since at least the 1950’s the innovation and reinvention of the industry over the past 70 years has seen the capabilities, efficiency, and variety expand with each year. With excavators alone, there are at least ten different types and that’s not including attachments.

Heavy equipment is used for a number of reasons, and can greatly benefit any project they are used on. Below we’ll go through the top 10 types of heavy equipment, their purpose, variations and projects they are normally used on.

Excavators are potentially the most used and most popular piece of heavy equipment in the construction industry. Ranging from little 1.5 tonne models up to 350-tonne models and every size you can imagine in between, they are capable of completing almost any excavation job. Excavators come standard with a boom arm that does the digging work, which is connected to the cab that can rotate 360°. Excavators also generally have tracks, though you can get models with wheels that are built for extreme terrains.

Excavators are used in all manner of projects from small backyard dig outs to major mining projects. They are the most efficient machine for excavation but are also capable of completing a range of other jobs and tasks. By simply changing the attachment to a ripper, grab, rock breaker or auger attachment, some of the more common attachments, the capabilities of an excavator quadruples.

Dozers are often seen on larger projects, such as housing estate developments, mining and quarry works, but are also popular in farming as land clearing machines. Dozers are the workhorses of the heavy equipment world, they’re designed to push hard and consistently for a long time.

Dozers are designed to provide optimal strength to the front of the machine and into the blade. This means that they can push more than any other heavy plant, without putting pressure on the working parts of the dozer. While dozers are used on a wide range of projects they are always used for the same basic job, to push materials from one place to another.

Backhoes are built for multitasking and are perfect both for smaller projects where there is no need to hire two machines and for larger projects. Backhoes come equipped with a front-loading bucket and a back boom arm, which is slightly smaller than a standard excavator boom arm. In order to operate both sides of the machine, the operating chair within the cabin rotates depending on which side you are using at the time.

Backhoes are able to excavate, either with their boom arm or bucket, as well as transport the materials around site and load materials into transport. While other heavy equipment may be able to do one of these jobs more efficiently, they often can’t complete everything a backhoe can. This is the key benefit of a backhoe, it’s ability to complete every aspect of a job.

Graders, much like dozers, are task-specific heavy equipment. They are also found on a range of projects from road construction to mining, and most large scale jobs. Graders are designed to level the ground of a project to a set level, also called a grade. This is an essential role in road construction, as the ground needs to be perfectly level for the road to be built properly.

Graders are an unusual looking machine, with the grading blade placed between the front articulating wheels and the cab and back wheels. This makes for a long machine with an impressive range of movement. While they are always used in road construction, graders are also used to level and clear ground on infrastructure projects, housing estates and mines.

Front loaders are used on construction projects, quarries and mines predominantly as material transporters. This is thanks to their large front bucket that allows them to carry more materials than most other heavy equipment, and their wheels that make for fast and easy maneuverability on site.

Front loaders are essential heavy equipment on mining and quarry operations where materials need to be transported on a daily basis. They are the most efficient construction machine for this type of work, as others are either too slow or need to push the material along the ground.

Rollers are used for the very specific job of compacting ground materials. They are most often used on road construction projects after a grader has gone through and levelled the ground and also after asphalt is laid. Rollers are also used on smaller projects such as driveways and residential yards that are too big for handheld compactors to complete.

Rollers can come in a range of types however, the biggest difference is whether they are a single drum roller with wheels behind or a twin drum roller. Just like graders, rollers are essential to the road construction process as the ground needs to be heavily compacted to ensure when the asphalt is laid it doesn’t crumble.

Scrapers are probably the most niche type of heavy equipment on this list. They are only used on major projects due to their standard large size. Scrapers are designed to cut into the earth and remove a layer of ground material. As they cut into the ground the material is either pushed or conveyed into the storage space, often called the hopper.

Scrapers are designed to have the front as the driving force, able to pull the articulated back as it digs into the ground. Scrapers are brought into major infrastructure builds and mines at the beginning of the project as they are able to remove a lot of ground material quickly.

Mini excavators have all the same basic functions and capabilities as standard excavators, they just have less power. However, what they lose in power they gain in maneuverability, mini excavators are able to get into tight access jobs, or fit through narrow entrances with ease.

Need to hire any of these heavy construction machines?

At Eastern Plant Hire we have a range of construction equipment available for wet hire on both short and long term contracts. Whether you need one mini excavator for a day or a fleet of construction machinery for 9 months we can sort you out. With depots in Brisbane, Melbourne and Sydney EPH are ready and able to service the east coast of Australia. If you need to hire any of the top 10 construction equipment, give us a call today. 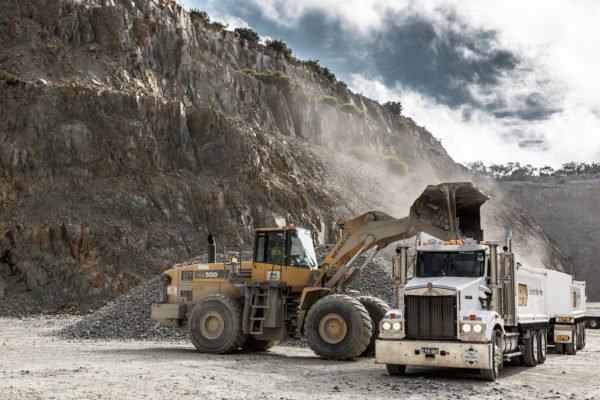