Our work on the Ravenswood Interchange Upgrade

EPH was part of a crucial road upgrade in the north-west of Victoria between 2016 and 2018 at the intersection of Calder Freeway and Calder Alternative Freeway in Ravenswood. The intersection has seen 2 fatal crashes and a number of serious injury crashes in less than 10 years. Both roads are also vital parts of the freight network, as main connectors in and out of Bendigo and Mildura. The $86 million Ravenswood Interchange project was headed by CPB Contractors with work commencing in May 2016.

Eastern Plant Hire was an essential part of the subcontracting team tasked with the construction of the new Ravenswood Interchange. We engaged in materials supply and removal via our truck and dogs and tandem tippers, as well as earthworks using our dozers, excavators and graders.

The Ravenswood Interchange project called for an elevated circular roadway that separated the slow-moving traffic from the fast-moving traffic on the freeway. This meant that major earthworks needed to take place in order to lower the freeway away from the existing dangerous intersections. Once this was accomplished new and existing bridges needed to be built or upgraded. New services roads as well as new entrances and exits were built to allow for smoother transitions between Calder Freeway and Calder Alternative Freeway.

Since construction finished in March 2018 there has been a decrease in congestion, in part due to the speed limit being increased to 110km/h and a major improvement in safety. The upgrade of this interchange not only creates a safe journey for all drivers but anticipates the increase in freight transport. By 2025 freight transport through the area is expected to double from the 2016 numbers. The Ravenswood Interchange Upgrade is part of a slew of upgrades for the North-West of Victoria, aiming to better connect the area to the rest of Victoria.

It doesn’t matter if your project is worth millions of dollars or just a few thousand, we’re ready, geared up, kitted out, fully trained, and all fuelled up for any project that comes our way. To get started, give us a call today on 1300 037 437. 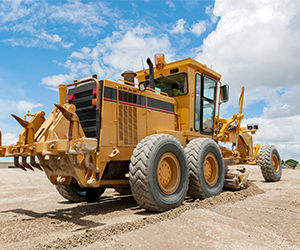