Our work on the Camp Road Level Crossing Removal

As part of the $8.3 billion ‘Level Crossing Removal Project’ founded by the Victorian Government, Eastern Plant hire has been proud to actively participate in initiatives that will see the eventual removal of 75 dangerous and congested level crossings across Melbourne by 2025.

The recent Camp Road level crossing removal has been one of the most successful projects yet with operations concluding in late 2017. This project aimed to alleviate dangerous congestion which affected over 30,000 road users travelling along Camp Road daily.

The removal of Camp Road’s level crossing was investigated thoroughly with multiple design options considered – concluding that building the rail line beneath Camp Road was the only feasible option when analysing the site of the crossing and surrounds. This project included:

This project saw both the boom gates removed and the rail line lowered before Christmas with a team of over 300 working around the clock to ensure foundations were installed and a new road bridge was constructed.

Eastern Plant Hire is proud to have been part of such a dedicated team, working tirelessly to provide trucks and earthmoving equipment which worked to get vital construction work done on-time and on-budget. Our team worked day and night so big applause is deserved for the EPH Crew who helped transport over 80,000m3 worth of fill and debris within a few days!

As it stands, the Camp Road level crossing removal has seen the successful improvement of road congestion issues with evident travel time improvements gained in AM, PM, and Off-Peak time slots. In the future, this project has opened up an extensive potential for new infrastructure improvements which could see the implementation of a second track on the Upfield line, the widening of Camp Road to allow for traffic growth, an extension of the Upfield bicycle path, and the potential for a future Campbellfield station. 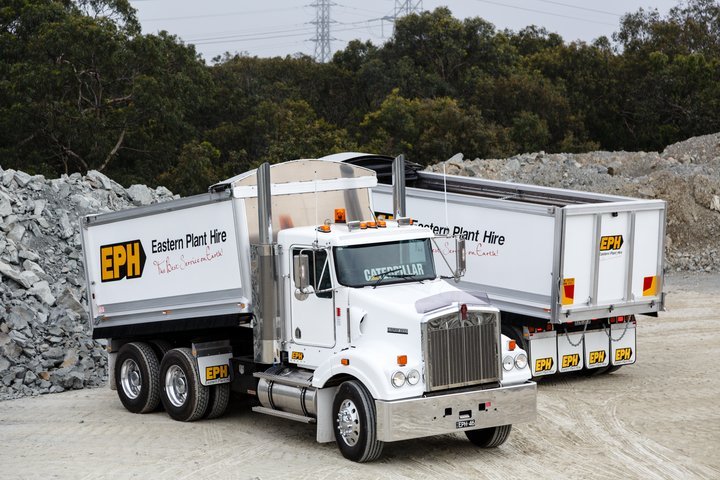