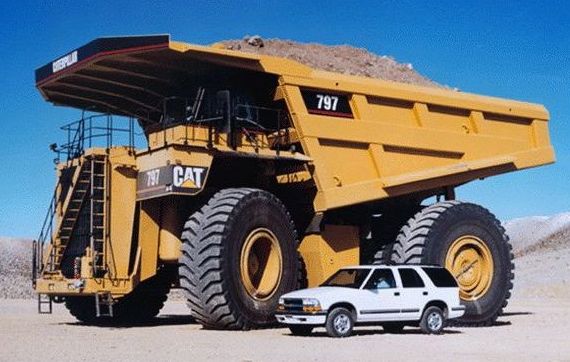 Here at Eastern Plant Hire, we love big trucks, materials haulage is a massive part of our business so whenever we hear news of a new of different truck being released the office buzzes. Each year the big brands, Caterpillar, Komatsu, Terex and Liebherr bring out their shiny new truck, whether for underground mining, city streets or the ultra-class bulk haulage trucks. This constant competition ensures that each year the standard and quality of dump truck increases.

If you going back a few decades the only priority was making a high performing dump truck, whereas today there are a range of priorities, including performance that makes up the dump trucks of the 21st Century. Operator comfort, safety, efficiency, longevity and performance all combine together to make industry-leading dump trucks.

Working in the construction industry for over 20 years has exposed us to some of the biggest and best construction equipment and trucks Australia has to offer. However, these pale in comparison to the ultra class dump trucks most often found on mines in remote places around the world. Below we’ll go through the five biggest mining dump truck the world has to offer, and you may be surprised with who takes out the number one spot! 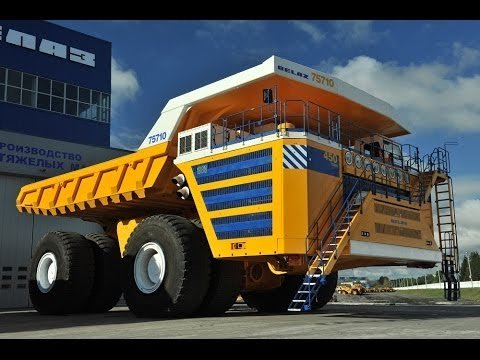 Capable of hauling a whooping 450t of materials in one load the BelAZ 75710 takes out the top spot for the biggest mining dump truck. The dump truck is manufactured in Belarus and can be found on mine sites predominantly in Russia and Eastern Europe. The dump truck, which averages anywhere between $6-$7.5 million, has dual engines, designed to relieve the stress hauling at maximum 450t of materials.

With a two-axle setup and four wheels to an axle, the eight massive tires needed stand around four metres tall. At 20.6 metres long the dump truck is not only able to haul the most amount of materials in the world but is also the biggest dump truck in the world. Lastly, to make your eyes water it’s said to drink 1,300L of fuel per 100km.

While the company, BelAZ, heralds from the days of the Soviet Union, Belarus’s reputation for high-quality manufacturing can be seen in this beast of the mining world. Since it’s launch in 2013 the BelAZ 75710 has earned a reputation as reliable and efficient.

Unveiled in 2012 the Liebherr T 284 is both innovative and reliable. While being about to haul the same payload as the Caterpillar 757F, 360t, the Liebherr T 284 is almost 30t lighter, meaning the dump trucks functions are put under less strain when at full capacity. The Liebherr dump trucks have been renowned for their longevity, with many mine sites globally still using models that have long been retired.

Sharing the title of second largest dump truck in the world with the Caterpillar 797F and the Liebherr T 284 the Terex MT6300AC dump truck is capable of hauling a maximum 360t of materials. It was originally designed and manufactured by Terex but after it’s mining equipment division was acquired by Bucyrus International Inc. the dump truck was rebranded to the Bucyrus MT6300AC.

Sporting a 3,750 horsepower 20V4000 four-stroke diesel engine the Bucyrus MT6300AC has two tiple reduction geared electric motors located at each side of the rear axle. Lightly slower than the Caterpillar 595F and the Liebherr T 284 the Bucyrus MT 6300AC’s max speed tops out at 64km/h. However, it’s most notable feature is it’s bed heating option, making unloading certain materials in cold climates both easier and faster.

Announced in 2008 the Komatsu 960E-1 is capable of hauling 325t of materials. Although the Komatsu has a slightly smaller payload than the larger 360t payload dump trucks they are known for being easy to drive and comfortable for operators. Two things that are important when working long shifts in hazardous conditions.

The 2-stage turbo-charged engine consumes on average 160L an hour when running, which also happens to be more efficient than its heavier dump truck counterparts. While not the biggest in its field the Komatsu 960E-1 is both reliable and efficient, perfect for mine sites looking to reduce costs.

At EPH we have a fleet of road trucks capable of hauling materials for construction and infrastructure projects across Brisbane, Sydney and Melbourne. While we don’t have any ultra-class off-road dump trucks we do have plenty of tippers, semi tippers and truck and dogs for hire. Give us a call on 1300 037 437 today. 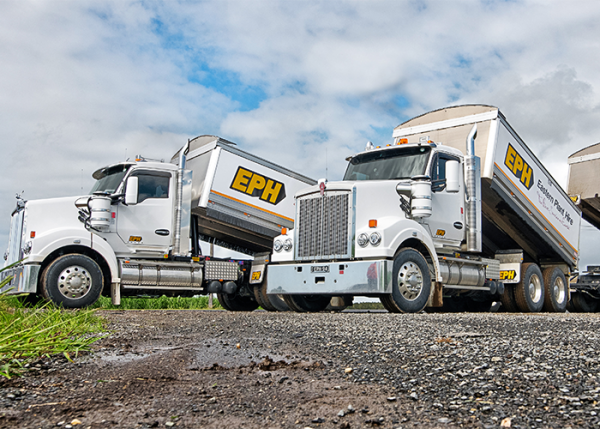